1957 Founded by Howard Hanna, Jr. and Anne Freyvogel Hanna as the Howard Hanna Company with one office in the Oakland/Shadyside area of Pittsburgh, two blocks from the family home. Hoddy was 10 years old, Helen was 8, and Annie was 6. The family business was an integral part of growing up in the Hanna household.

1986 The Howard Hanna Sunday Showcase of Homes debuts, second in the county to feature homes for sale on a television show

1995 HowardHanna.com is launched, the first company to have every listing on the world wide web

2003 Acquisition of Smythe Cramer Co. in Cleveland, creating the 9th largest residential brokerage in the U.S.

2014 Acquisition of One Cavo, lead management company in Denver, Colorado

2016 Merger with RealtyUSA, adding 65 offices throughout the state of New York

2018 Merger with Allen Tate Companies, adding 56 offices throughout the Carolinas

2022 Acquisition of HER Realtors, adding 90 offices in Ohio, Michigan, and Kentucky 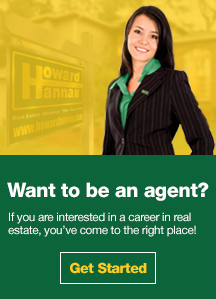